Everyone has a story and we set off to interview patients that have participated in the BR-002 Study. The Novilase Diaries is a small glimpse into a patient’s point of view about their breast cancer journey and learn their thoughts about laser ablation. 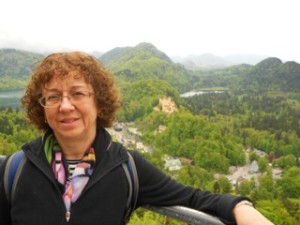 When Norine walked into the office of breast surgeon Robert Maganini, M.D. in October of 2013, she wasn’t expecting to hear anything that would brighten her day. The previous month, she was shocked to learn that breast cancer had been detected in her routine mammogram. Now she was seeing Dr. Maganini to schedule treatment. She girded herself for what he was about to tell her. But Dr. Maganini had two pieces of good news.

First, Norine learned her cancer was a small, Stage 1 tumor and did not appear to have spread. Second, while Dr. Maganini was recommending a lumpectomy and follow-up treatment, he made an intriguing suggestion: She had the chance to participate in a clinical trial for an innovative, minimally invasive procedure called Novilase.

Because Novilase wasn’t yet approved as a breast cancer treatment option, she would not be able to avoid the lumpectomy. But if the trial was successful, women in the future could choose Novilase alone, thanks in part to her contribution.

“I’d heard about laser treatments for other conditions, and it just made sense to me that this could work,” recalls Norine. “And I really liked the idea that women eventually might be able to avoid surgery and all that goes with it. I have a daughter and a daughter-in-law and I’m thinking, ‘If this could potentially help them down the road, then I’m all for it.’ ”

Norine had the Novilase procedure performed in Dr. Maganini’s office. She had only minimal discomfort during the laser treatment, which disappeared once the numbing of the target area was increased. What’s more, there was virtually no recovery time. She had the procedure on a Friday afternoon. On Saturday evening, she went to dinner with friends.

“It was as if nothing had happened,” she says. “I didn’t even need to take painkillers after the first evening.” The following Monday, she went to work (she is an accountant). Again, there were no carryover effects from the laser treatment.

In December 2013, Norine had her lumpectomy. Unlike her experience with Novilase, “That lumpectomy was no walk in the park,” she says. “I had the operation on a Wednesday and I called in sick for the next two days. I was pretty much out of it through the weekend. I think being anesthetized and the whole trauma of being in the hospital took a lot out of me. And then afterwards, I did have swelling and a whole lot more pain.”

Fortunately, Norine’s post-surgical mammogram showed that the cancer appeared to be gone. She looks forward to a future when she hopes Novilase will be an approved option as a standalone breast cancer treatment.

“Why go to a hospital if you don’t have to?” she says. “Why expose yourself to the possibility of infection and other risks there? Why have yourself put under anesthesia? If I could choose between Novilase and a lumpectomy, it would not be a hard decision!” 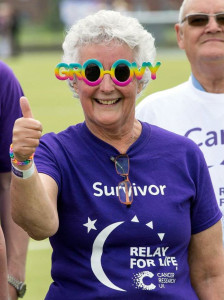 When Frances was called back for a repeat mammogram after a routine screening, she was surprised but hardly undone. When the mammogram and biopsy that followed confirmed that the 64-year-old from Bristol, England had a small but treatable breast cancer, her thought was “Brilliant!” because she focused on the “treatable” part. And when Frances went for her first treatment consultation at Southmead Hospital Bristol, a Novilase trial site, and was invited to take part in the trial, she agreed right away.

“I have a very ‘can do’ attitude where I believe that if you want something to happen, it will happen,” Frances explains. “When I was offered the laser treatment, I wanted to do it if it was going to help other women with breast cancer. Plus, I was absolutely confident it was going to work. And it did.”

Frances is no Pollyanna. She gained her positive outlook by facing big challenges in her life and overcoming them. “I had a rough time early on with my parents dying while I was relatively young and then being divorced and having to bring children up by myself,” she says. “So even being diagnosed with breast cancer didn’t faze me particularly. I went back to work right after my diagnosis . People said, ‘Why are you here?’ I said, ‘Because I just have to deal with it.’ ”

In late November 2013, Frances went back to Southmead for her Novilase treatment, administered by Dr. Michael Shere, chief investigator for the UK portion of the trial and lead breast clinician at Southmead. Since the procedure is delivered with only a local anesthetic, the staff conversed with Francis throughout the treatment, to make sure she was comfortable. When she did experience some discomfort, Dr. Shere used a numbing spray to alleviate it. The whole procedure was completed in about an hour.

Frances appreciated the negligible cosmetic impact of the laser approach. “There is minimal scarring to the female in a very sensitive area of the body, because there’s no incision,” she notes.

Of course, because Frances received Novilase as part of a clinical trial, she still had to undergo a lumpectomy that is part of standard care for her type of breast cancer. If Novilase is eventually fully approved as a cancer treatment, patients who choose it will do so in place of a lumpectomy.

The lumpectomy took place in early January 2014. It was about three weeks after the operation before Frances was ready to return to her job as a personal assistant for Sainsbury’s, a supermarket chain in the UK. The prolonged recovery period was one of many downsides of the lumpectomy compared to Novilase. “With Novilase, the next day, you’re more or less back up and running again,” Frances says.

But the lumpectomy also brought some good news. When the excised tissue was examined after the surgery, it showed that Novilase had completely ablated Frances’s cancer. ‘I was absolutely delighted that I’d taken part in this amazing trial and it had actually been successful for me,” says Frances. “I tell everybody about it because I’m so excited about it.”

Frances is not one to just accept her good fortune and move on. She has made contributing to the breast cancer cause part of her life’s mission. Through her participation in the UK’s Relay for Life campaign, she has personally raised nearly £2,000 for cancer research.

Taking part in the Novilase trial was another way of giving back. “This is the treatment of the future,” she says. “It means that women who come after me may be able to have the treatment and under local anesthetic, without an operation. That’s all the motivation I needed.”